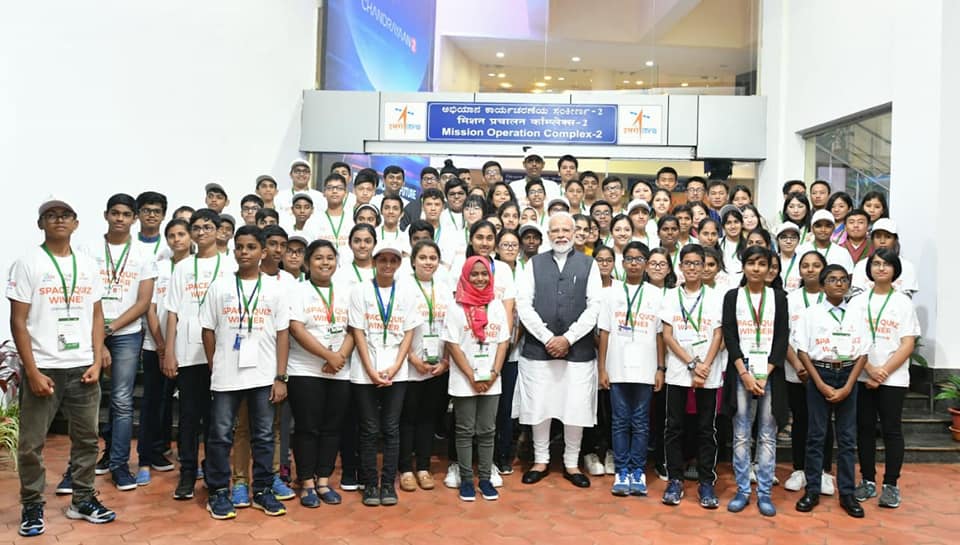 “Going to the eve of the landing we were high on the hopes and the excitement was brimming and parents were eagerly clicking the moment in their mobiles and waving hands at their children who were boarding the bus to ISTRAC, we had a mini-tour in ISRO and I’m not going to be really boastful here -we were given our seats in ISRO’s control room where ISRO’s previous mission and Chandrayaan -2 were being controlled. Prime Minister arrived at the grand reception and we were lucky enough to have close proximity seat with him, the landing sequence started and we all know how the things happened, spirits were generally low but our Prime Minister tried his best to lift the spirits of all the scientist there and had an interactive session with us.


For those who think it’s a failure, it is n’t a failure but a near success.”

These are the exact words of Santhosh.G of Aditya Vidyashram, who was selected to witness the live landing of Chandrayaan -2 at ISRO. Well done Santhosh! we are really proud of you.  ISRO created a nation between the lunar surface and 2.1 km above it with new scientific thinking, a generation of young astrophysicists, astronauts and space scientists. It made families where parents won’t fear failure if their children try something extraordinary. And it showed a leadership model where the topmost leader will stay with his dejected team and tell them how he is with them in all success and not so successful.

And for the Moon see you soon again- till then our orbiter watches you over.