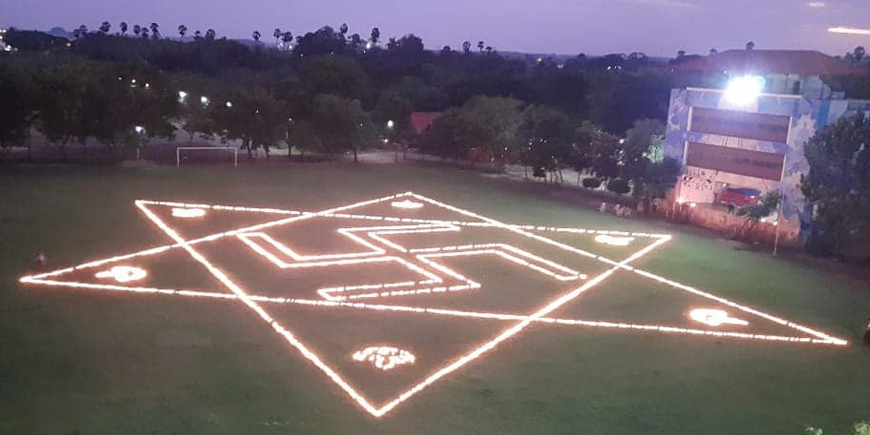 AVRS is a school that not only boasts of state of the art technology, but has always endeavoured to strike a harmonious balance between the old and the new, the traditional and the modern, the ancient and the contemporary.

At AVRS, thousands of earthen lamps called Deepam were lit across all its campuses. As the sun climbed behind the western hills, magnificent formations were seen right across its sprawling playgrounds, its majestic football fields and its impressive administrative and academic blocks, lighting up, shimmering like stars, like the phoenix rising from the ashes.

The Karthigai Deepam festival is believed to ward off evil and darkness and usher in prosperity and joy. The lighting of the Deepam on this auspicious day symbolically represents Lord Shiva’s fire form.

Khelo India is a National Programme for development of sports.