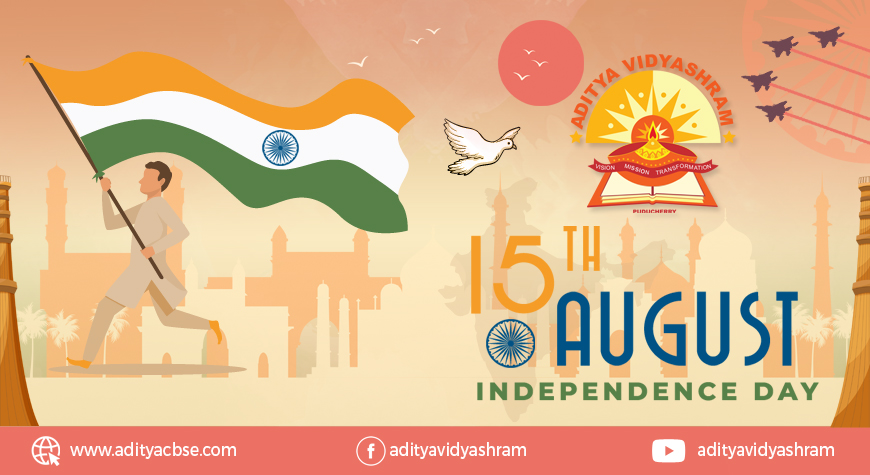 On 15th August 1947, India got its freedom, ending an almost 200-year British rule in the subcontinent. It is a day of immense pride for all Indians as we commemorate the sacrifices made by millions of our freedom fighters, who had sacrificed their lives in the freedom struggle and with their unfaltering grit and patriotism, forced the British empire to finally retreat. This year, the theme of the celebrations would be ‘Nation First, Always First’. Our 75th anniversary event will be held at ADITYA VIDYASHRAM RESIDENTIAL SCHOOL, PUDUCHERRY and it will be telecasted in our school and in
YouTube
https://youtu.be/2eUMymTz__A
on 8.50a.mto 10.20 am. By attending this event we should remember all about the sacrifices that our freedom fighters made for gaining independence from the shackles of British rule.